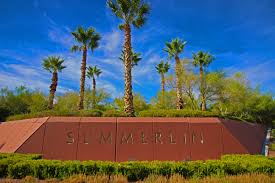 An affluent Master Planned Community in the Las Vegas valley of Southern Nevada.

It lies at the edge of The Spring Mountains and Red Rock Canyon to the west; partly within the official city limits of Las Vegas County.

This rapidly growing community occupies over 22,500 acres and according to its developers, "has grown to encompass more than 230 parks, more than two dozen public and private schools, 14 houses of worship, nine golf courses, three resort hotels, world-class recreational facilities, retail and entertainment centers, well-established office parks, a state-of-the-art medical center, and much much more.

The community is divided into three associations (North, South, and West), which oversee two dozen commercial and residential villages.